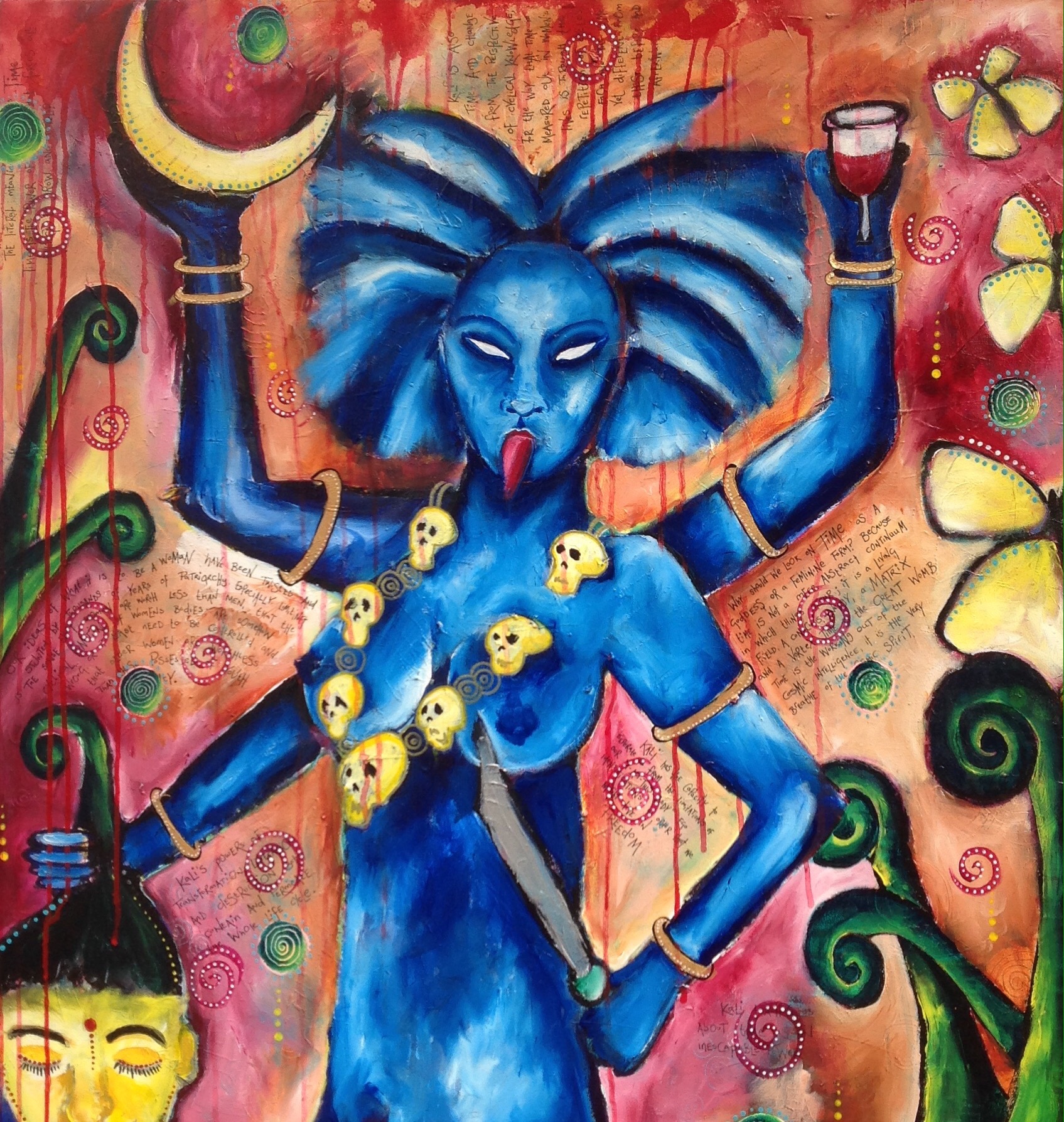 Tantra has become a byword for sex in Western society today. In reality, tantra is much more than this: sex and sexuality is only a small part of the spiritual path of tantra.

Tantra was first developed in the Indus Valley five or six thousand years ago. It is a spiritual path which has hugely influenced both Hinduism and Buddhism and which has many different lineages or forms today. Tantra was often practised in secrecy since it was seen as a threat by hierarchical patriarchal powers and therefore repressed. The threat that tantra represented was that it does not require practitioners to look outside of themselves to find divinity. Rather, the work is to “spontaneously recognise our absolute divine essence.” (Daniel Odier). Tantra recognises and celebrates feminine power which was a threat to patriarchy.

Tantra is non-dualistic: it does not recognise good versus bad, but instead regards the whole of existence as valid experience. It exists beyond the realms of ideas about morality, religious dogma and correct behaviour. Because of this, tantra has been one of the few religions or philosophies to recognise that sexuality and sexual energy are an integral part of the spiritual path. Many organised religions actively reject and repress sexuality and many spiritual paths simply ignore it. For this reason, tantra has become famous as the spiritual path which includes sexual energy. For many, tantra has become a byword for sexual technique.

This view of tantra is incorrect. Tantra is far more complex and all encompassing. However, because of the repression of sexuality in Western culture for so long, there is much healing needed in the realm of sexuality and so this aspect of tantric teachings has taken root here.

We use the word “tantra” with our products to acknowledge this sacred approach to sexuality. Our tools are not just sex toys, they are tools for healing and for pleasure and we regard the conscious pursuit of pleasure as a sacred path. This is a different approach to using pornography or vibrators to achieve a fast orgasm for physical release. We recognise that there is far more to tantra than an exploration of sexuality, but we embrace the use of the word tantra with our products as it conveys an idea of what our products are about.

Yoni Magic is our FREE mini-course with 4 guided practices to tap into the MAGIC and AWESOME POWER of your yoni.